This is a +10 trainer for the game Mafia II This is a nice trainer that you can use with the 1.0.0.1 version of the game. It will give you: unlimited ammo and health, no reload, one hit kill, lots of money, no time limit, all weapons, never wanted, no engine damage, no car body damage. Download The MAFIA 2 Trainer Link Is Below.Mafia II is an open world action-adventure video game developed by 2K Czech and published by 2K Games. It was released in August 2010 for the PlayStation 3, Xbox 360, and Microsoft Windows: an OS X port titled Mafia II: Director's Cut was released by Feral Interactive in December 2011. 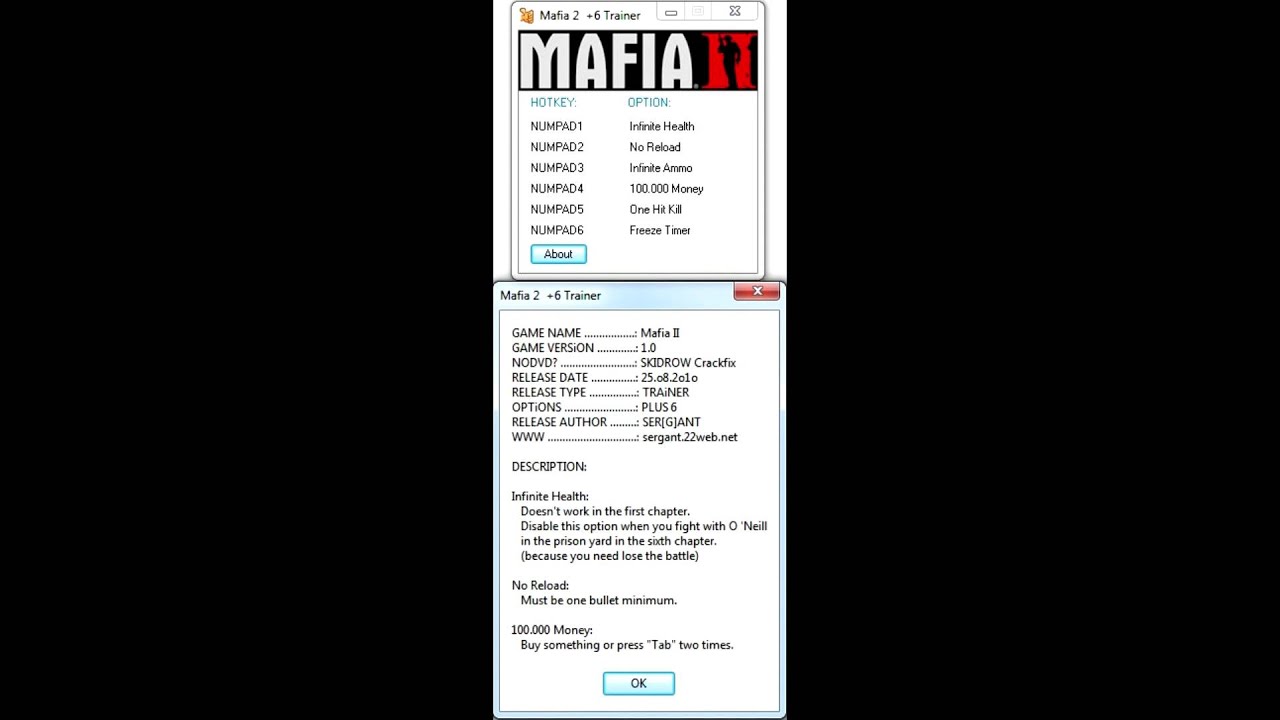