For the most part, aircrack-ng is ubiquitous for wifi and network hacking. But in this article, we will dive in in another tool – Hashcat, is the self-proclaimed world’s fastest password recovery tool. It had a proprietary code base until 2015, but is now released as free software and also open source. Versions are available for Linux, OS X, and Windows and can come in CPU-based or GPU-based variants.

Hacking into WPA/WPA2 WiFi Network is very tough, time & resource consuming. The technique used to crack WPA/WPA2 WiFi password is 4-way handshake for which there is a requirement to have at least one device connected to the network. In WPA/WPA2 security method, the allowed password can have both large and small alphabets, numbers and symbols. Free WiFi Password Hacker is integrated with up-to-date decryption algorithm, making it possible to hack into most advanced security WPA2 technology and others, cracking even the most complicated passwords. It will get the password revealed to your eyes in minutes. The new method to crack WPA/WPA2 enabled WiFi networks that allow attackers to access Pre-shared Key hash that used to crack Passwords used by targeted victims. This Method found during the attack against the recently released WPA3 security standard which is extremely harder to crack since its used Simultaneous Authentication of Equals (SAE), a.

What is different between aircrack-ng and hashcat?

Basically, Hashcat is a technique that uses the graphics card to brute force a password hash instead of using your CPU, it is fast and extremely flexible- to writer made it in such a way that allows distributed cracking. aircrack-ng can only work with a dictionary, which severely limits its functionality, while oclHashcat also has a rule-based engine.

Before we go through I just want to mention that you in some cases you need to use a wordlist, which is a text file containing a collection of words for use in a dictionary attack. And, also you need to install or update your GPU driver on your machine before move on.

Suppose this process is being proceeded in Windows. First, to perform a GPU based brute force on a windows machine you’ll need: 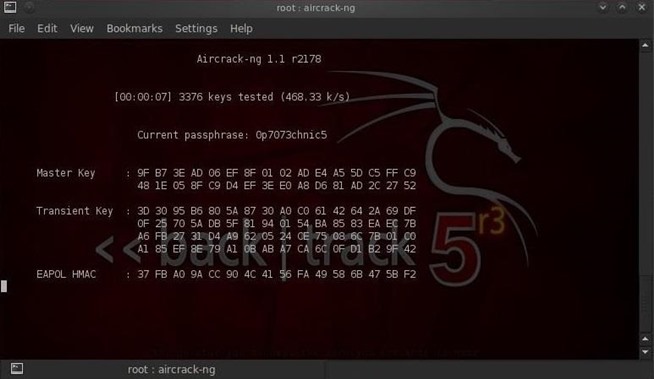 Open cmd and direct it to Hashcat directory, copy .hccapx file and wordlists and simply type in cmd

Here I have NVidia’s graphics card so I use CudaHashcat command followed by 64, as I am using Windows 10 64-bit version. yours will depend on graphics card you are using and Windows version(32/64).

In case you forget the WPA2 code for Hashcat.

It will show you the line containing “WPA” and corresponding code.

wordlist.txt wordlist2.txt= The wordlists, you can add as many wordlists as you want. To simplify it a bit, every wordlist you make should be saved in the CudaHashcat folder.

After executing the command you should see a similar output:

Wait for Hashcat to finish the task. You can pass multiple wordlists at once so that Hashcat will keep on testing next wordlist until the password is matched.

As told earlier, Mask attack is a replacement of the traditional Brute-force attack in Hashcat for better and faster results.

let’s have a look at what Mask attack really is.

-a 3 is the Attack mode, custom-character set (Mask attack)

?d?l?u?d?d?d?u?d?s?a is the character-set we passed to Hashcat. Let’s understand it in a bit of detail that

What is a character set in Hashcat ?

The above text string is called the “Mask”. Every pair we used in the above examples will translate into the corresponding character that can be an Alphabet/Digit/Special character.

For remembering, just see the character used to describe the charset

?u: For Uppercase alphabets

Here is the actual character set which tells exactly about what characters are included in the list:

Here are a few examples of how the PSK would look like when passed a specific Mask.

So now you should have a good understanding of the mask attack, right ?

Let’s say, we somehow came to know a part of the password. So, it would be better if we put that part in the attack and randomize the remaining part in Hashcat, isn’t it ?

Sure! it is very simple. Just put the desired characters in the place and rest with the Mask.

Here?d ?l 123 ?d ?d ?u ?d C is the custom Mask attack we have used. Here assuming that I know the first 2 characters of the original password then setting the 2nd and third character as digit and lowercase letter followed by “123” and then “?d ?d ?u ?d” and finally ending with “C” as I knew already.

What we have actually done is that we have simply placed the characters in the exact position we knew and Masked the unknown characters, hence leaving it on to Hashcat to test further.

Here is one more example for the same:

Let’s say password is “Hi123World” and I just know the “Hi123” part of the password, and remaining are lowercase letters. Assuming length of password to be 10.

So I would simply use the command below

Where ?u will be replaced by uppercase letters, one by one till the password is matched or the possibilities are exhausted.

Moving on even further with Mask attack i.r the Hybrid attack.

In hybrid attack what we actually do is we don’t pass any specific string to hashcat manually, but automate it by passing a wordlist to Hashcat.

Hashcat picks up words one by one and test them to the every password possible by the Mask defined.

Now it will use the words and combine it with the defined Mask and output should be this:

It is cool that you can even reverse the order of the mask, means you can simply put the mask before the text file. Hashcat will bruteforce the passwords like this:

You getting the idea now, right ?

Using so many dictionary at one, using long Masks or Hybrid+Masks takes a long time for the task to complete. It is not possible for everyone every time to keep the system on and not use for personal work and the Hashcat developers understands this problem very well. So, they came up with a brilliant solution which no other password recovery tool offers built-in at this moment. That is the Pause/Resume feature

WPA2 Cracking Pause/resume in Hashcat (One of the best features)

This feature can be used anywhere in Hashcat. It isn’t just limited to WPA2 cracking. Even if you are cracking md5, SHA1, OSX, wordpress hashes. As soon as the process is in running state you can pause/resume the process at any moment.

Just press [p] to pause the execution and continue your work.

To resume press [r]. All the commands are just at the end of the output while task execution. See image below

You might sometimes feel this feature as a limitation as you still have to keep the system awake, so that the process doesn’t gets cleared away from the memory.

And we have a solution for that too. Create session!

WPA2 Cracking save Sessions and Restore.

Creating and restoring sessions with hashcat is Extremely Easy.

Just add –session at the end of the command you want to run followed by the session name.

Here I named the session “blabla”. You can see in the image below that Hashcat has saved the session with the same name i.e blabla and running.

Now you can simply press [q] close cmd, ShutDown System, comeback after a holiday and turn on the system and resume the session. That easy!

NOTE: Once execution is completed session will be deleted.

Above command – “–restore”. Here it goes:

Hashcat will now check in its working directory for any session previously created and simply resume the Cracking process.

Simple enough ? Yes it is.

This is all for Hashcat. Hope you understand it well and performed it along. No need to be sad if you don’t have enough money to purchase those expensive Graphics cards for this purpose you can still try cracking the passwords at high speeds using the clouds. You just have to pay accordingly.

To specify device use the -d argument and the number of your GPU.
The command should look like this in end: 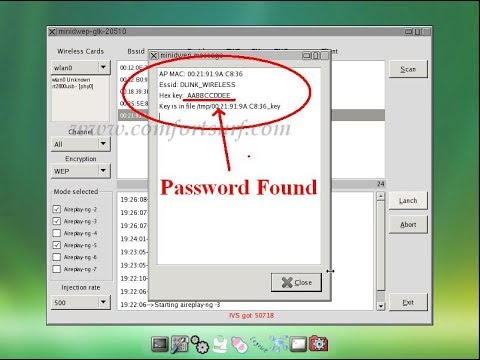 Where Handshake.hccapx is my handshake file, and eithdigit.txt is my wordlist, you need to convert cap file to hccapx using https://hashcat.net/cap2hccapx/

This article is referred from rootsh3ll.com.

“Hacking Wifi” sounds really cool and interesting. But actually hacking wifi practically is much easier with a good wordlist. But this world list is of no use until we don’t have any idea of how to actually use that word list in order to crack a hash. And before cracking the hash we actually need to generate it. So, below are those steps along with some good wordlists to crack a WPA/WPA2 wifi.

Note: Use the below methods only for educational/testing purposes on your own wifi or with the permission of the owner. Don’t use this for malicious purposes.

So, boot up Kali Linux. Open the terminal window. And perform the following steps.

Step 2: Stop the current processes which are using the WiFi interface.

Step 3: To start the wlan0 in monitor mode.

Step 4: To view all the Wifi networks around you.

Press Ctrl+C to stop the process when you have found the target network.

Step 5: To view the clients connected to the target network.

Step 6: Open a new terminal window to disconnect the clients connected to the target network.

When the client is disconnected from the target network. He tries to reconnect to the network and when he does you will get something called WPA handshake in the previous window of the terminal.

Now, we are done with capturing the packets. So, now you can close the terminal window.

Step 7. To decrypt the password. Open the Files application.

Please Improve this article if you find anything incorrect by clicking on the 'Improve Article' button below.