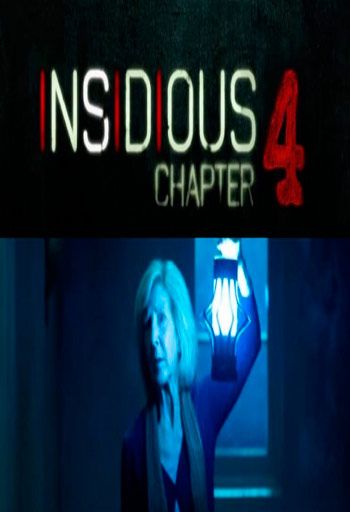 Insidious: The Last Key (also known as Insidious: Chapter 4) is a 2018 American supernatural horror film directed by Adam Robitel and written by Leigh Whannell. It is produced by Jason Blum, Oren Peli, and James Wan. It is the fourth installment in the Insidious franchise, and the second in terms of the series’ in-story chronology. It stars Lin Shaye, Angus Sampson, Leigh Whannell, Spencer Locke, Caitlin Gerard, and Bruce Davison, and follows parapsychologist Elise Rainier as she investigates a haunting in her childhood home. Brilliant parapsychologist Elise Rainier receives a disturbing phone call from a man who claims that his house is haunted. Even more disturbing is the address — 413 Apple Tree Lane in Five Keys, N.M. — the home where Elise grew up as a child. Accompanied by her two investigative partners, Rainier travels to Five Keys to confront and destroy her greatest fear — the demon that she accidentally set free years earlier.

The film was released in the United States on January 5, 2018, by Universal Pictures. It has grossed $165 million worldwide, the highest of the franchise, and received mixed reviews from critics, who praised Shaye’s performance but stated that the franchise had run its course