Download free VST plugins, instruments, effects, and samples for PC and Mac by Native Instruments. Play and produce with 2000 sounds and 6 GB of free content. 99Sounds – Upright Piano. Upright Piano is a free VST piano plugin based on a set of piano samples recorded by Rudi Fiasco. There are a fairly low amount of features available in this plugin, but the quality is very bright and clean, especially for a free plugin.

If you ended up here, chances are you grew up playing old retro games and now you are compelled to learn how to make 8 bit music. Although the process to create the “8-bit” sound is different nowadays, these results can still be achieved. Instead of using a chiptune maker or 8 bit music maker, we will show you how to create some good sounding 8-bit music yourself.

In order to create 8bit music masterpieces, like this one or that one, you will need your DAW of choice, some free VSTs, and your musical genius. Yep, that’s all it takes! In this guide, we will be showcasing some of the best VSTs created for the purpose, as well as how to use them to make 8 bit songs.

This is a cool tutorial video by FrankJavCee on the topic, we will add our own rendition later.

In this particular tutorial, we are going to use FL Studio and Magical 8bit Plug. After you download your VST, put it in your VST folder and scan the folder via FL Studio. Simple as that. Now it’s time to create some music. Magical 8bit Plug is a software-synthesizer for emulating primitive electronic sounds, much in the same fashion of NES/Sega games of the 90s.

It includes some very primitive waveforms, like a square and pulse wave. This VST, in particular, supports a pseudo-triangle and a low-res noise, used for percussions. If you google around you might find some presets for a quick kickstart, but fiddling around with the tool will show you how simple (and powerful!) it might be.

Upon loading up the VST, you will immediately notice its simplicity. The first knob (1) will show you the types of oscillators you can use – a square, a triangle, some noise, and two different pulse shapes. I usually go with the square for a leading instrument. As for some background chord progression I choose the triangle, as it is softer and can be played around with to emulate a very nostalgic sound. As for percussions, I go with the noise oscillator, as you can easily simulate some nice drum beat. If you want to go for some crazy 8-bit guitar solos, the 12.5% Pulse is your best friend.

With the Attack knob (2), you can adjust the time after which the sound is played, thus creating some smooth chord transitions, for example. The Release knob (3) is there to simulate some echo after a note is played, allowing for some sweet legato sections and melancholy sound. Go and mess around with the other knobs as well and recreate the sound of your childhood.

This VST, now free, is inspired by the retro 80s home pc, namely the Commodore 64. It packed a SID chip, finely emulated through this tool. You can use the Basic 65 to recreate the chiptune sounds of the past, but also to push it a bit further.

The VST contains double arpeggiator allowing for convoluted 8bit pieces. Experimentation is encouraged through a mod envelope and 2 comprehensive LFOs.

The developers used to charge for its predecessor, the Basic 64, but now encourage people to download it for free and donate to Cancer Research UK, instead.

This is a paid one, although rather cheap. It is based on the NES’s programmable sound generator audio system. It includes more than 30 waveforms, as well as some sounds that you will instantly recognize. The user interface is pretty straight-forward and clean, so you should be able to immediately go ahead and do your thing. 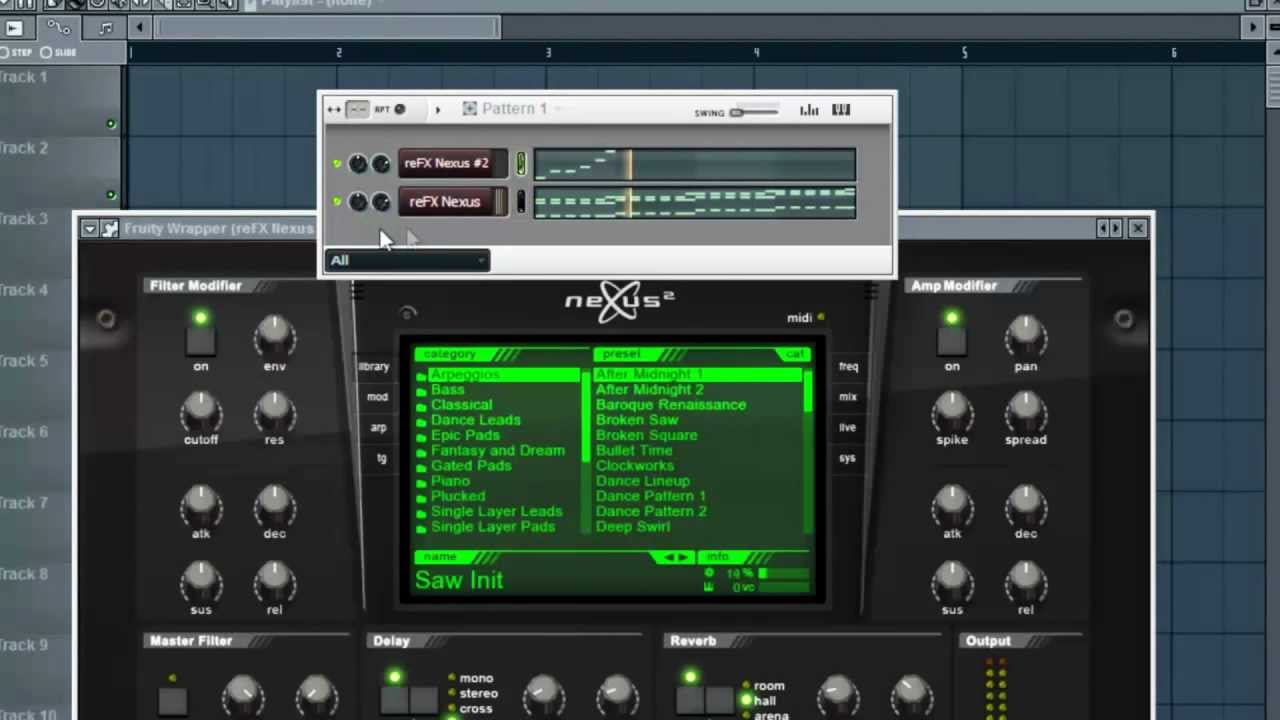 Named after our boy Link’s legendary artifact, Triforce VST emulates the classic NES’s sounds. It is really lightweight, as it packs a simple arpeggiator, as well as three wave types.

As opposed to the way we are doing it today, 8-bit music (or Chiptune / chip music) was produced rather differently. Game music development was done by a rather primitive tone generation and frequency modulation synthesis. Thus, instruments were simulated, while the percussions were usually done by a noise channel.

As it was initially all done by the computer chips themselves, composers had to be extremely creative when using the otherwise ridiculously limited system. Not only that, but the number of sounds that could be played together was not that high, so be careful when using the release parameter, as your 8 bit song might not sound true to its origins. Not only the soundtracks were consisting of short sounds and melodies, but in-game sound effects were also simulated by the computer chips. That is why you probably remember some of your favorite retro games pause all the music when you shoot a pistol or kill jump on an enemy, these sounds had a priority.

A very good and simple chiptune VST by the Band YMCK. Has no own interface and uses the interface of your DAW.

Good to emulate the unique NES Sound. The sound is quite raw and cuts through the mix, often too good and becomes to present, since the normal volume is also quite high compared to other VSTi. But nothing that troubles you, if you know what you do.

It has a square wave, two pulse wave (25%, 12,5%), a triangle wave and a noise channel. Simple editing is possible with a ADSR envelope. You also have some other features like a sweep and the bendrange can be edited, too.