Embed audio on your site

The great Czech photographer Eva Fuka recently celebrated her 80th birthday at the opening of an exhibition of her work at Prague's Kampa Museum. She had returned to the city of her birth in the early part of this decade, after spending half her life in America. In this the second half of a two-part interview, Eva recalls how she and her first husband, the artist Vladimir Fuka, left Czechoslovakia in 1967 in something of a hurry; after getting permission for a short trip abroad, they had to leave almost all of their belongings, in case the communist authorities realised they weren't coming back.

'We went in a couple of outfits. I left everything behind and my husband left all his work here. He hoped somebody would save it but nobody dared, of course, because our situation was very dangerous. 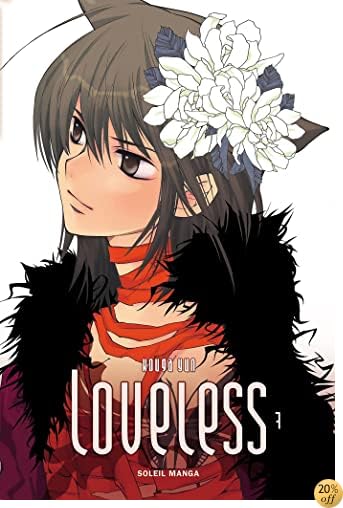 'And to this day I don't have my negatives because a big part of them had to stay behind. So what I have today is only what I gave my mother. It was some kind of...saying from God - just do it! But that was about it. Everything we lost.'

Was it hard to leave Prague? I guess by that time you and your husband were well established, you had high reputations here.

'For me it was harder. My husband decided he wanted to go, because he was very unhappy here and he couldn't find his...ground under his feet. I knew it wouldn't be anything easy, which it wasn't.

'We were on top of our careers and somehow I had a feeling that it would be very, very difficult to get established again, which is absolutely practically not possible.'

What did you do in the States, you and your husband, when you moved there?

'Well, first off we started to work as artists, which was very...very silly. It's not possible to live as a freelance in New York. Because you have to have credit cards, which requires some...establishment which you work for. It's required to have some insurance...you need something to hold on to. And if you are a freelance you are just in between nothing.

'I soon went to work for photo labs, and then later at the Metropolitan Museum of Art, which I really loved. My husband had an agent already, so he started to work on books and book jackets. So it was hard, it was not that we were hungry, but it was hard, especially because you don't have any friends, you've lost your friends.

'And you are learning a new language. I didn't go to any school, because I didn't have time. My daughter who went to school speaks without an accent almost. But I have a heavy accent because I just was...getting my English from the sky!'

Jumping forward many years to 1989, you were here I believe in Prague at time of the Revolution.

'Yes, it was just an accident. Because my mother was ill and it was fall, and I thought maybe she won't survive the winter. So I decided I would go to see her and I took my Panasonic camcorder, which was enormous - it was a very new...discovery, or a very new machine, and came to take a picture of her.'

'Suddenly the second week of my stay the Revolution started. I had already had seen on television that something is going on, and I was really sad that the Czechs didn't move a little bit faster - it was Germany, everybody else but the Czechs. They always need time to do things.

'So it started and I took my camera and started to film the whole...upheavals. Then when I showed it in America everybody was excited, because it was so...new for them. I had to show it on public television, and I also showed it in a couple of libraries and film clubs.'

What exactly did you film in those days? Did you get close to the main players like Havel and so on?

'No, the first days was not Havel yet. He came into the picture the second or third day. When it started the first day I made myself go to the balcony of the Melantrich newspaper, where Havel was talking from later on. I had to leave, so I was there only two days at the beginning. And the rest I saw later.'

At the moment there's a retrospective of your work on in Prague at the Kampa Museum. How pleasing is it for you to see this exhibition? After all you've been through, all your experiences, now at the age of 80 - what does it mean to you?

'It's not a really retrospective, because the main gallery where I was supposed to have a retrospective, the Prague House of Photography, isn't open yet. So instead I did this exhibition, which is smaller. But it was nice, because they did it at my request, to have it on my birthday. It was also a celebration of my birthday as well as my photography exhibition. It was very, very festive and nice.'

If I may ask, why did you move back to Prague when you were in your 70s, after spending half your life in America?

'I didn't want to come, ever. When my second husband died I said, I'll stay here, I'm not going, I have quite a nice life here. But five years after, when they elected Bush, President Bush, which was not really legal, quite, I said to my friend - if Bush is elected, I'm leaving, I won't stay here. I said it partly as a joke.

'It's not the main reason. The reason is my daughter is living in France and I thought, I'm aging and I don't want to leave the house and everything for her to take care of, so far from Europe. So I decided that as long as I still had the strength I'll do it myself.

'Another reason was I had been visiting Prague a couple of times and I thought, such a beautiful city, what am I doing in America?

'But I think the main motivation was I wanted to take all my belongings, Vladimir's pictures and my photos to Prague, so that they don't stay alone, lost in the States.'

There's a television documentary about you called Vracim se do zeme Labyrintu, or I'm Returning to a Country of Labyrinth. Was that how it felt for you, returning to Prague after so many years - basically half your life - in America?

'I must say it was, you are very right. Because when I came here first I was first looking for faces which I will recognise. But I didn't recognise anybody, they were all young faces, nobody I knew - my few friends had passed away.

'For me it was a labyrinth in that sense, because I couldn't find my way. Besides, I had lost my memory of all the streets of the city. And to start to get to know new people takes a little time. But now my friends are half my age - a quarter my age! Which is very nice because it keeps me young.'

Ringtone mail mother fuka from category 'Saying tones' you can get with a few ways:
- directly to your mobile device or to PC
- sending SMS with a link to ringtone
- via software which can read QR-codes

In the case that you are unable to choose for themselves the right ringtone for mobile phone - use the search which is placed in the header or navigate by categories and genres of ringtones, which is in the right sidebar of our website. We have tried to collect on our mobile resource only the most interesting and the most popular ringtones for mobile phone, so you can be sure - here you will find the best music for your cell phone, whether it is a normal mobile phone or an iPhone or a device running on the Android OS.

All ringtones from category Saying ringtones are checked and tested, so you can be sure that all ringtones for mobile phones comotable with all mobile device or smartphones.

Ringtone mail mother fuka can be downloaded free of charge and without registration. Simply use the links below for what would ringtone mail mother fuka genre Saying ringtones for cell phones. You can have usual way by downloading to your computer, or send to your mobile phone ringtone link on this, or for advanced users, keeping up with the times via QR-code. All download links are available below.