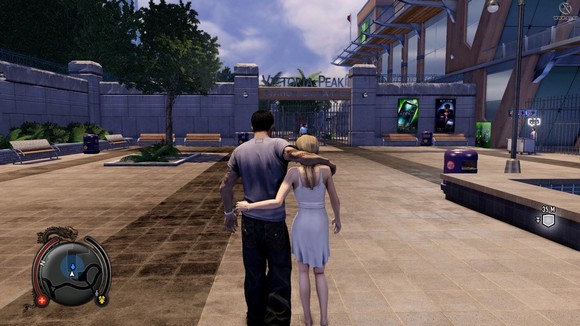 Perhaps the greatest thing about this game is the storyline. Players take on the role of Chinese-American undercover cop Wei Shen. Based in a fictional version of Hong Kong, players are introduced to Shen who has just returned to Hong Kong from America. Shen must infiltrate the Triads whilst also working for the police. The action-packed plot of this game has Shen working for both shady criminals and detectives and also see him facing demons from his past, such as the death of his sister and his connections with various bad guys.

Sleeping Dogs Definitive Edition is an open world action adventure video game that published by Square Enix. Game is based on Shen’s fighting. The gameplay is on third person perspective. You are controlling Shen who is a Chinese-American police officer. You are trying to infiltrate the Sun On Yee Triad organization.

The aim of the game is to complete the main story, which includes carrying out missions and tasks for both the police force and the Triads. Completing these tasks unlock new combat abilities and martial arts moves that are essential when fighting rival gang members and avoiding being exposed as a cop. There are also exciting side-missions to complete that allow you to collect health points and buy new items such as clothes and cars. The side-missions include destroying or hijacking cars, delivering goods, framing rival gang members and taking part in an assortment of street races. As Shen works his way up through the rankings of both the police force and the Triad gang, the missions become more challenging and in-depth which makes the game highly enjoyable. Ultimately, the storyline unfolds to have Shen’s police officer status conflicting with his Triad status.

Another interesting aspect of Sleeping Dogs is that as well as progressing through the levels as both a police officer and a gang member, there are also smaller missions to complete that will increase your ’face’ rating. Going on dates, unlocking locations of collectible items, fighting, entering gambling dens and singing on karaokes will increase your ’face’ rating and allow you to earn money to purchase new clothes and cars from vendors located around the city.

The combat side of Sleeping Dogs is superb. The martial arts moves are excellent and easy to carry out and there are many new moves including kicks, combos and counter-moves that can be unlocked throughout the game by completing certain tasks. Weapons such as knives, crowbars and guns are also available and have some use throughout the game, but hand-to-hand combat is the main focus.

Although the generic characters encountered in Sleeping Dogs are not particularly realistic, the main characters are much more detailed and give the game a more authentic feel. The depiction of Hong Kong lacks accuracy but still provides players with hours of enthralling entertainment as the graphics, sound effects and music are exceptional. The voice acting of the main characters is very convincing, unlike that of generic characters in the game, and the sound effects of the surroundings are very good. When driving cars and other vehicles, players can change the radio station and enjoy a number of different genres. Added to the fact that the title and artist of each song is displayed on-screen as it plays, this feature of the game is particularly ingenious.